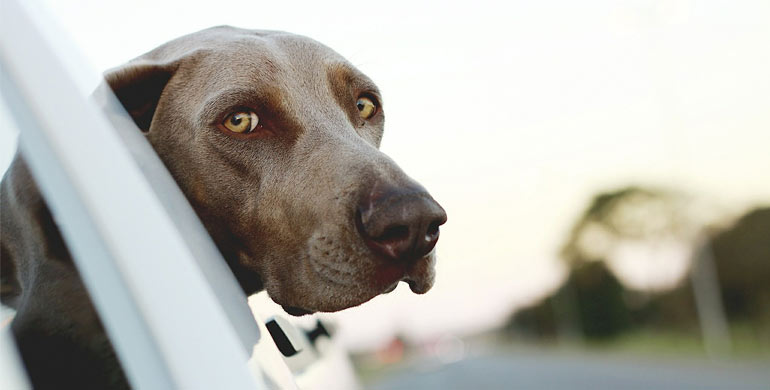 What does it mean if dogs have watery eyes? What do by conjunctivitis? Dogs eyes respond much more quickly to movements than the human eye. In return, dogs can not see as sharply as we humans. Compared with the other sense organs, the eye plays with the dog, therefore a relatively minor role.

In dogs, similar diseases occur such as the eyes in humans. Conjunctiva ignitions, eyelid disease and Star are not uncommon.

What do dogs eyes see ?

Since we can not see through the eyes of our four-legged friends, we can never know exactly see eye like dogs. Only on the basis of scientific evidence and comparisons with the human eye, we can draw conclusions about how dogs see their world. Due to the similar structure of the eye in all mammals, can you compare the eyes of the dog and the people very well.

Interesting about the dog eye

Dogs eyes look almost identical to the human eye, and yet there are some things are different. The dog's eyes are flatter than that of the human eye. Dogs eyes are more sensitive to motion and light and this is also important as a hunter. The dog's eye is the largest part of the rods, which are the photosensitive cells of the retina (retina). So the dog can detect even faint light.

In darkness may both dogs and humans see nothing, but at dusk or in dim light is the dog with a reflective layer on the back of the eye wall superior to us again. This is also the reason why dogs eyes when illuminated by headlights in the dark so reflect. Due to the not so strong ausgepräkten muscles of dog eyes to the human eye, hence the sight of the dog's eye is weaker. The dogs eyes are farther apart like us humans, resulting in the dogs to a peripheral generally, far from improving eyesight. The differences of the peripheral vision also depends on the breed. This peripheral vision may e.g. lie with a Pekingnesen to 5-10 times and in a typical Terrier around the 20-30 fold.

Conjunctiva firings of the dogs eyes can have various causes. Conjunctivitis in both eyes is often due to an allergic reaction (eg to pollen) of the dogs eye. Maybe your dog has already noted a certain allergy, which has now spread to the eyes? For hives, for example, often swollen eyelids, and there is a strong reddening of the eyes. But even a speck of dust or other debris may have fallen into the eye.