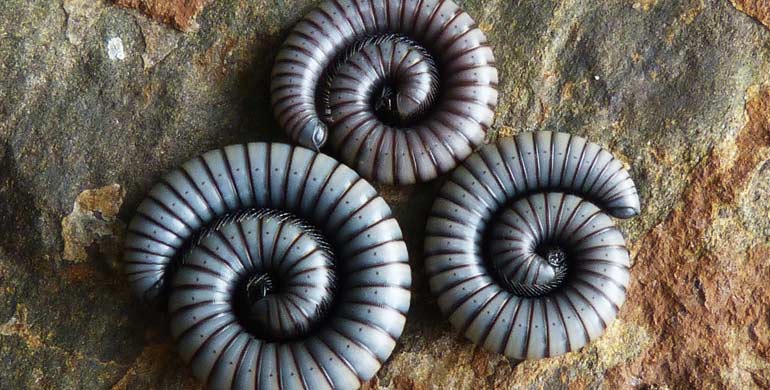 The deworming of dogs

They are everywhere and can be absorbed by the nose and Co very quickly: worms. There are numerous types of worms.

Tapeworms, such as the fox tapeworm, roundworms, such as roundworm or hookworm and the dangerous heartworms. Unfortunately, those pesky fellows can also quickly become dangerous and even in some cases lead to death of the dog.But what is important, if the suspected worm infestation exists and it is useful prophylactically deworm?The answers can be found here.

Worms lurk everywhere, more specifically their eggs, because they are excreted through the feces of other animals or transmitted by mosquitoes.If a dog eat these infected feces or if the eggs of mosquitoes transfer to the dog, then this dog will be infected.

Eggs are on this path in the stomach and into the intestines which at the same time is the final home of the parasites(Exceptions are the heart worms).Even a major bitch who has been infected with the worms, it can be transferred to their unborn puppies.Another possibility is infection by contact with hookworms.These can dig through the skin and infect the dog.

Individual factors of a worm infestation are: age, use, dog-guardianship, location

There are various factors that affect the likelihood of worm infestation.Depending on your age, dog-guardianship and diet of a dog is a risk of infection with worms at varying levels.

Age and state of health

In general, puppies and older dogs a significant higher risk of being infected with worms as an adult, healthy dogs, because their immune system is significantly weaker.In addition, there is the "vacuum cleaner" function of a puppy because puppies eat almost anything they get their baby teeth between, including the feces of other animals.

Type of farming, use

Also, dogs which are kept in kennels are (such as the shelter) more susceptible to worms, as well as complete outdoor living dogs.Several animals in the household may also increase the risk of a worm infestation. Particularly affected are hunting dogs because they are much in the woods and they can infect both through the feces of wild animals, as well as by the killed game itself.

A not ignore to leave factor is the diet. In the raw meat, however, to popular belief, most significantly fewer worms than in cheap canned food.Moreover, due to the biologically appropriate nutrition, insofar as it is balanced, strengthens the immune system and reduce the risk of worm infestation.

It was also found at Wolf observations that these wolves eat certain herbs to apparently prevent worm infestation. This mix of herbs was then compiled and is available for our domestic "Sofawolf" in the trade.The natural ingredients contained therein provide a worm hostile intestinal environment and prevent a worm infestation before.

The Tale of non-toxic poison - the worm treatment

To say it straight away, worms and other parasites are of course not in the intestine however, worm cures are poisons. The course will be taken not only of worms, but also from the dog. In the main thing it is neurotoxic substances in worms lead to paralysis, so they can be excreted in the feces.

The manufacturers claim that would be completely harmless for the dog. This is surprising, but most of these substances are quite likely to cause nerve damage in dogs - especially with regular dose. They can also damage the immune system.

Animals that live in endemic regions endemic regions or are placed temporarily in such a area (eg holiday, pet boarding, dog and cat shows, performance tests, etc.) are at increased risk of becoming infected with endemic in these regions parasites.

Therefore, it is important to know the symptoms of worm infestation. Because some worms (depending on species) can cause severe disease in dogs. In addition, these may also be transferred to humans and also cause us harm.

How can I notice an infestation? What should I do if the dog was attacked?

This is always dependent on the type of worm infestation and the strength of infestation.

Evidence is in any case a general weakness, itching around the anus (usually characterized by slipping on the ass, that "sledding"), weight loss, vomiting, stomach worm (abdominal distension, especially in puppies often), or even the elimination of worms. Unfortunately, many worm infections often remain undiscovered for long, since they show symptoms until a strong attack.

However, if you notice any of these signs, a trip to the vet is strongly recommended.There, the feces of the dog examined by expert physician is investigated. This can be determined if worms are responsible for the discomfort and if so, what type it is. After that then directs the treatment.

However, it may also happen that in the first stool sample no worms can be detected. However, this does not necessarily mean that the dog is not infected! A second and possibly third fecal sample is needed. Also, a blood test will be due, can be found at the then eg. The heartworm. If the worm infestation observed treatment can begin.

Please However, they can not worm treatment by your veterinarian to impose, without being previously determine whether the dog is ever really infested with worms! A worm treatment consists of a neurotoxin, which is to paralyze the worms, so that it can be excreted in the feces. But this poison also absorbs the dog's body. The repeated administration of anthelmintics immune disorders, food allergies, sensitivities, duration of diarrhea, etc. are thus possible! Therefore, the following applies: Only with a proven infestation by treatment!

And you do not necessarily rely on the chemistry lobes. Ask about natural anthelmintics, such as the Canina Kräuterkur Wurmschutz. These funds are based on the behavior of wolves which eat special herbal in nature to regulate their intestines and prevent worms.They act as chemical means, but do not strain the dog's body.

Feeding recommendation per animal and day:

2.5 g per animal per day mixed with the feed for 10 days (2.5 g = approx ½ teaspoon).This 10-day cure quarterly repeat (4 treatments per year).Settle during pregnancy!

How is the dog treats and what are the predictions?

If a worm infestation detected and is the type determined, then a worm treatment is usually prescribed. This medicine is given (and often over several days) that kills the worms in the body. Then they are excreted in the feces.

These drugs are made of toxic materials, which strain on the body of the dog strong and destroy the entire intestinal flora of the dog! Not infrequently following the giving of this worm means malaise, diarrhea, or even vomiting.The toxic components of the worm means are metabolized in the body of the animal and burden the kidneys and liver very strong.Because of veterinarians often a quarterly worming is prescribed (even without proven infection!), The ongoing pressure of the organs is the best way for kidney disease, liver damage, etc.

In addition, chronic diarrhea and food allergies are sponsored by the destruction of the intestinal flora. And what a vet will not be told: Regular deworming and administered by the consequent destruction of the intestinal flora even favor a new worm infestation because the once healthy intestinal flora is weakened and developed a worm friendly environment! If your veterinarian exert pressure on you to every 3-4 months to make a supposedly "prophylactic" worming, please make sure you change your vet! Find a qualified veterinarian, the "natural remedies" modest knows the subject and she advises you professionally.

Depending on how old the dog is, in what physical condition he is and also if already sequelae occurred, such as, liver problems, the forecasts are different good. Puppies often have more to contend with the worms as a healthy adult dog. But on the whole, the forecasts are that the dog can be freed from the parasite.

The aim of deworming

In order to protect dogs against health damage caused by a worm infestation, there is the possibility of deworming or the examination of the feces. The aim of deworming, it is also to reduce the number of worms that are excreted by the four-legged friends with their feces, and thus to reduce the risk of infecting other animals.

When the dog should be dewormed?

The first deworming should in puppies, not as recommended, take place at the age of 10 to 14 days, but only after the examination of the feces. Studies have shown that puppies are very rarely attacked by worms. To avoid such a huge load in the early puppy-old applies here is the same as for adults dogs: No treatment without documented infection! This can be seen in the above symptoms.

What does a prophylactic deworming help and can it protect the dog against worms?

The prophylactic deworming has no preventive effect. Thus, the dog could be infected with worms already again the next day. Furthermore, it should be noted that the worm treatment is not a harmless little remedies, but a high-dose drug that in any application, the intestinal flora of the dog messes up and attacking.

Therefore, many animals are very tired and weak after a deworming. In the long run dogs treated damage the gastrointestinal tract can carry! That is why a wormer should only be given when really exists an infestation. Anything else would be useless cruelty to the dog!

A dog can not protect against worms, unfortunately. Worm eggs are everywhere and can stay alive very long in nature. Only by the heartworm exists a certain protection if you not take the dog to risk areas (such as. The Canary Islands, the Italian Po Valley, or even the USA and Hungary), or before administering a spot-on preparation, the carriers, the not discourage mosquitoes to bite the dog.

Otherwise one can only advise the dog not to let play unsupervised outdoors and let him eat any feces. But even that is no 100% protection measure. However, when healthy and balanced diet his beloved four-legged friend, it can get useful herbs, it reduces the risk of infection and resulting diseases immense.