Home » education » Education of the dog 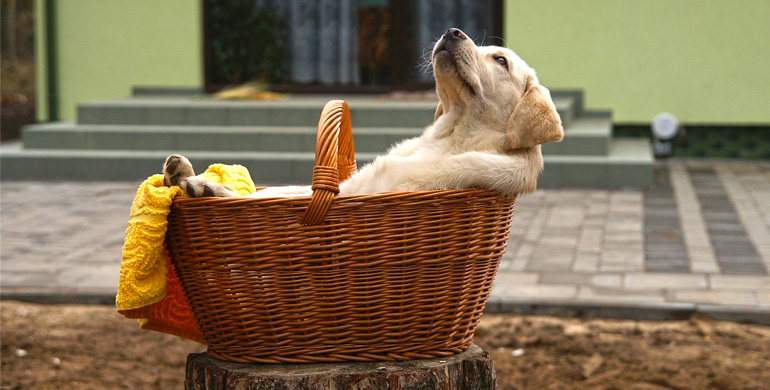 Boss? Partner? Or is it something else?

With the education of the dog can not start too soon. As a puppy dog learn new things much faster and are more open to the world. But how I teach him new "knowledge", commands and also everyday rules? Do I clearly show him who is the "boss"? I can deal with friendship? How much rigor is needed?

The embossing phase of a dog runs from the 8th week up to the 14th-16th Week.It is important that the dog at least up to the 10th, can better stay with his mother even up to the 12th week! So he get to know good behaviour, social life and so one. In his later life he will have fewer problems with other dogs. And do not worry, just because the "stamping" phase with approximately 12 - 14 week ends, that does not mean that the dog then stopp learns anything more.

A dog can learn a lifetime to it!

A dog can learn a lifetime to it! The embossing phase is very important, simply because all events and experiences shape the life of the dog. That's why this time should be of course used by the previous owner / breeder and of you to show the young dog as much as possible from the world and to take away the fear of the new.

Whether everyday sounds such as vacuum cleaners, bags, paper shredders, radio, television, etc. or unusual things like driving a car, truck look, ride the bus, tram ride, etc. What witnessed the puppies at this age WITHOUT FEAR, will give him later in life also can not shock.

How I teach him new "knowledge" But even if your dog is then up to you, the question arises: How I teach him new "knowledge", commands and also everyday rules? Do I clearly show him who is the "boss"? I can deal with friendship? How much rigor is needed?

About this topic - there is a debate about that. It is somewhat similar to the education of children. There are usually 3 "methods":

But which of these methods is the right one? Or is it a mixture of everything?

Are we all leader of the pack?

The most important rule: Education is built on trust. Violence has no place in dog training. An effective and long-lasting education of your dog can only be achieved through positive reinforcement and patience.Only in this way their dog will obey them and do not like to live in constant stress and fear of punishment.

YOU SHOULD NOT ASK "HOW CAN I BRING TO MY DOG TO STOP?" BUT RATHER ASK: "WHAT CAN MY DOG INSTEAD (FOR ME) TO DO?"

And therein lies also been the key: Give your dog an alternative behavior that pay off for him! Because a dog is oriented reward! Is it worth anything for him - he will do it more often!